Along with assessing the risk of species becoming globally extinct, it is also important to assess species at regional and national levels, where conservation policy is often implemented. Red Lists that focus on specific geographically or politically defined areas are of particular importance in aiding national reporting to international conventions with specific biodiversity targets, such as the Convention on Biological Diversity (CBD) and the Sustainable Development Goals (SDGs).

Many regional and national Red Data Books and Red Lists have been published around the world. Some of these are based on classification systems developed and adopted within individual countries, whilst others have used modifications or older versions of the IUCN Red List Categories and Criteria. However, an ever-increasing number of regional and national Red Lists are using the current IUCN Red List Categories and Criteria.

The IUCN Red List Categories and Criteria were developed for assessing extinction risk at the global level, considering the global population of a taxon. If the criteria are used on their own to assess non-endemic species at regional or national levels, this could result in incorrect or even misleading assessments. 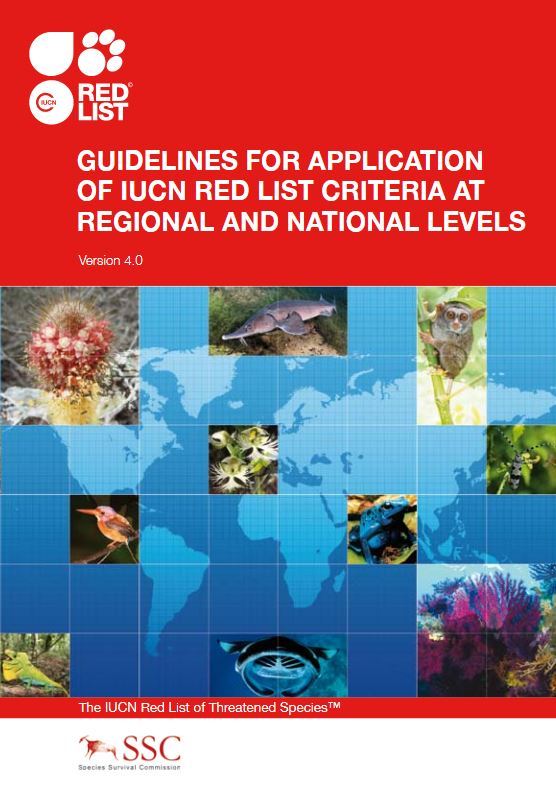 The Regional Guidelines are best-practice guidelines outlining the preferred approach to be followed when applying the IUCN Red List Criteria for regional or national level assessments. They highlight various issues that may need to be addressed when compiling a regional or national Red List, such as how to deal with taxa that have been introduced into the area, that occur only marginally within the region, or taxa that migrate to the region during non-breeding seasons. The Regional Guidelines also bring in additional Red List Categories specifically for use for regional and national Red List assessments: Not Applicable (NA) for taxa that occur in the region but have been excluded from the regional Red List for a specific reason; and Regionally Extinct (RE) for taxa that are now extinct from the region but still occur in its natural range outside the region. 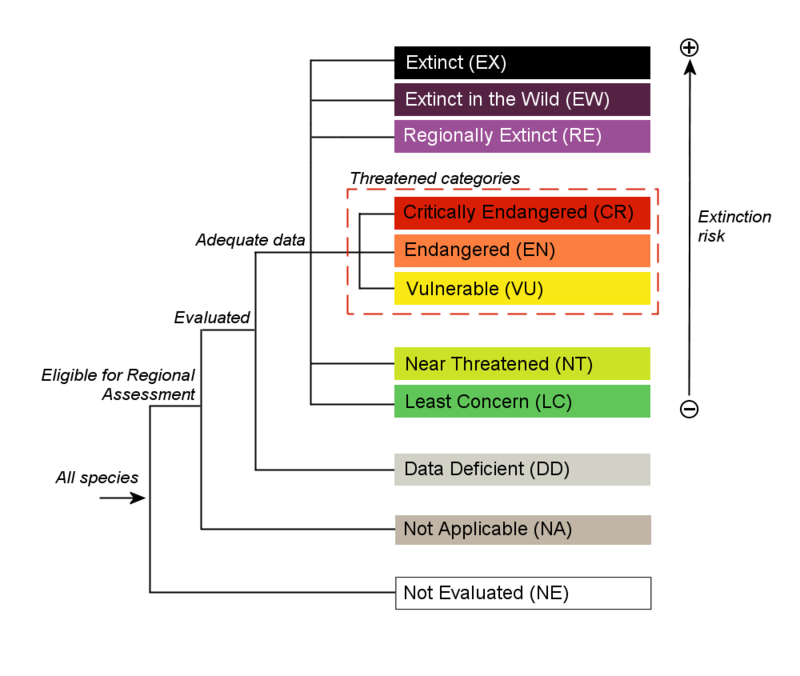 Using the Regional Guidelines helps to ensure that regional and national Red Lists are more comparable, and promotes the sharing of species information between neighbouring countries. It also allows an easier flow of information between the regional and global levels. A regional approach to identifying threatened species complements the global Red List and provides information at an appropriate scale for international conservation treaties (for example, the Bern Convention) and legislation (e.g., the EU Habitats Directive) that have a regional focus.

The Regional Guidelines are available in the following IUCN-recognised versions: English, Spanish, French, Arabic and Japanese.

The IUCN Global Species Programme currently coordinates two regional assessment initiatives, for the European and Mediterranean regions. Regional assessments have also been undertaken for marine species occurring in the Persian Gulf and the Gulf of Mexico.

Between 2003 and 2009, the IUCN Global Species Programme's Freshwater Biodiversity Unit coordinated regional Red List assessments for freshwater fishes, molluscs, dragonflies, crabs, and plants in Africa, focusing on six major sub-regions delineated by major river catchments (Northern Africa, Western Africa, North-eastern Africa, Central Africa, Eastern Africa, and Southern Africa) and an overall Pan-Africa assessment for each species. The final report for this regional assessment project is available here. Although the global status has been reassessed for many of these species since the end of the Pan-Africa Freshwater Biodiversity Assessment project, these regional assessments are still available on The IUCN Red List.