The IUCN Red List of Threatened Species is the global standard for assessing the risk of extinction that individual species of animal, fungus, and plant faces. But we also need an optimistic vision of species conservation that presents a road map for recovery. To achieve this, the Red List assessment process has been expanded to include new classifiers of species recovery and conservation impact, known as the Green Status of Species.

The Green Status of Species was developed in response to Resolution WCC-2012-RES-41 (the timeline for the development is shown in Figure 1). In this Resolution, IUCN called for the development of ‘Green Lists’ of Species, Ecosystems and Protected Areas, in order to measure conservation success in these three areas. Since 2012, a Green List of Protected and Conserved Areas has been launched, and the development of the Green Status of Species began under the name ‘Green List of Species’. However, consultations conducted to date have indicated that the aims of the Resolution would best be served by changing the name. Reasons for this include: 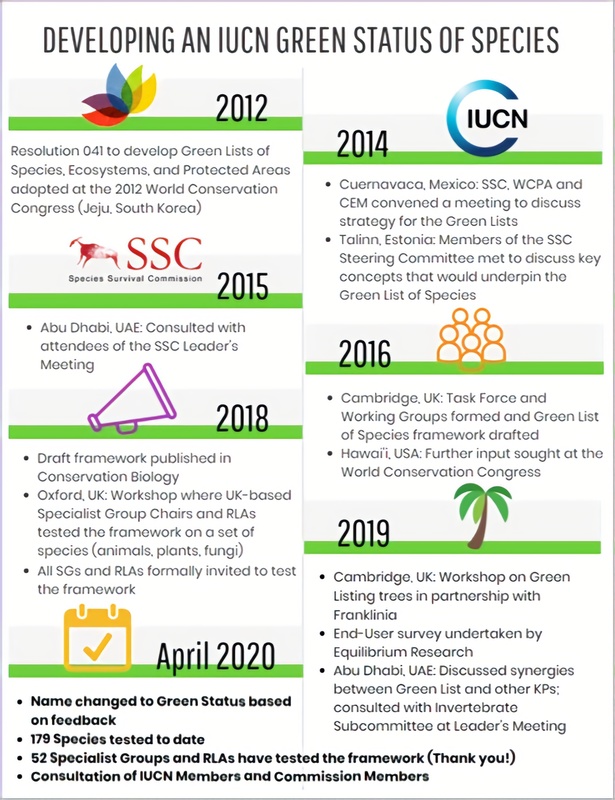 Figure 1. Timeline for the development of the methodology for assessing the Green Status of Species.

How Does the Green Status of Species Define Recovery?

These factors contribute towards a “Green Score” ranging from 0–100%, which shows how far a species is from its "fully recovered" state.

This definition of recovery is ambitious by design. It is not expected, nor is it a goal that all species will eventually fulfil this definition of full recovery; for many species, large areas of range have been irreversibly converted for human uses. Instead, this definition serves as a way to standardize the assessment approach between species, and to identify areas of opportunity in the context of what has been lost. It is important to note that any species can be assessed using the Green Status method, including species that have been very negatively impacted by humans and species that are not considered to have been impacted much at all.

For more information on how the Green Score is calculated, see the Measuring Recovery page.

A major strength of the Green Status is its potential to tell the story of a species: How has its status changed over time, and how might it change with conservation action in the future? 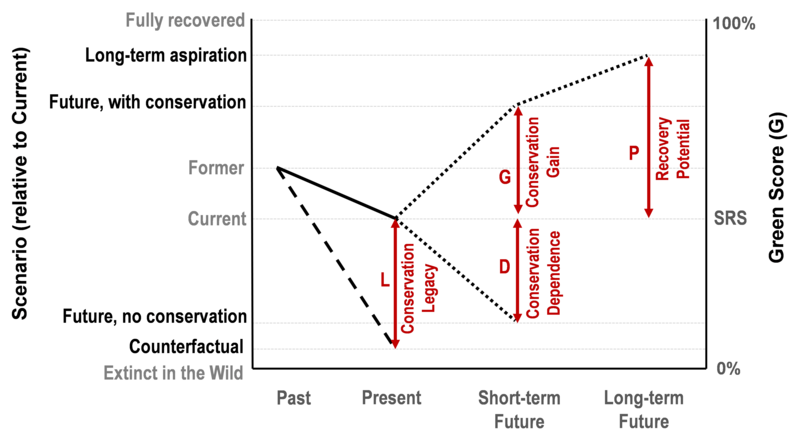 Figure 2. The four conservation metrics assessed for the Green Status of Species. The Green Score (G) (right y-axis) is estimated at each of the bolded scenarios on the left y-axis. Contextual reference points are also provided on the left y-axis. The differences between the Green Score generated under a scenario and the current Green Score (i.e., the Species Recovery Score, labelled SRS) produce the four Conservation Metrics (red arrows and text). Figure adapted from Akçakaya et al. (2018).

Recovery is measured in the short- and long-term. Conservation Gain captures the change in status expected to occur within the next ten years resulting from planned conservation actions. Recovery Potential represents the ‘reach goal’: given the state of the world today, across what proportion of historical range could we expect to be able to restore functional populations? For example, the Tiger’s (Panthera tigris) historic range overlaps with present-day Jakarta; it would be impossible to restore tigers to this part of their historic range.

The Green Status will complement the Red List to provide a more comprehensive look at species conservation status. For example, some species, such as the Saltwater Crocodile (Crocodylus porosus) are considered Least Concern on the Red List but have been extirpated or are most likely ecologically extinct across much of their historical range. Despite being at a low risk of extinction, are we willing to call this species “fully recovered”?